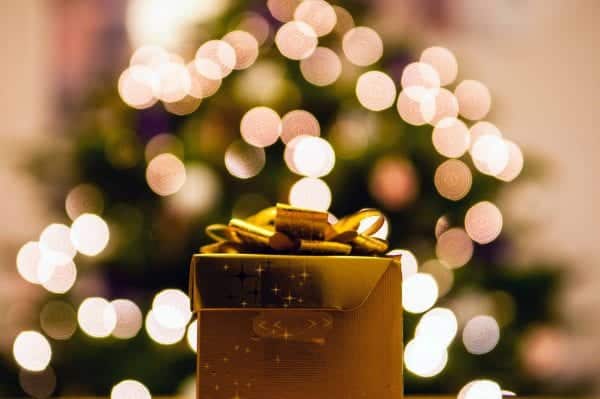 The FIRE movement has received a lot of attention recently in mainstream media. It seems as if almost daily someone from the personal finance blogging community is getting featured in a major news outlet. The fact that the FIRE movement is getting so much attention is great. However, I do wonder what impression these articles are leaving with people outside of the personal finance community.

FIRE stands for “Financially Independent, Retire Early”. The headline that gets readers to click is the RE part of FIRE. With so many people struggling to retire at any age, it’s intriguing to many how anyone could possibly retire in their 30s or 40s. In these articles, early retirees are often made out to be frugal extremists who accumulated wealth by commuting via bike, eating brown bananas, and living in a van down by the river.

I’ve mentioned in the past that the RE part of FIRE is somewhat misleading. Yes, it’s motivating to see people live life on their own terms after becoming financially independent. However, the reality is that nobody really retires. You don’t go from working a 50 hour a week job while side-hustling for 20 hours, to sitting on the couch surfing Netflix all day. These high achievers who achieve financial independence usually end up writing books or running small businesses.

The Media Needs to Focus More on This…

So what’s missing? I believe there’s a third component in addition to FI and RE that mainstream media fails to focus on.

Intentionally or unintentionally, FIRE articles portray FIRE enthusiasts as selfish when stepping away from a great job to “retire early”“. They may be right at times, but what I’ve experienced in this community is the exact opposite of selfishness.

Many people pursuing financial independence are incredibly generous. Maybe I’m missing it but I’ve yet to come across a mainstream article that promotes the generosity side of the FIRE movement.

Where is the attention on financially independent individuals who are going on missionary trips, donating thousands of dollars to important causes, or volunteering their time in retirement to help sick animals?

The Benefits of Giving

There are many reasons. For example, this post talks about the researched backed benefits of being generous. The benefits includes making us healthier, happier, less stressed, improved relationships, and longer lives.

Okay, but why does giving provide these benefits?

My simple answer is that giving is good for the soul. Giving reminds us that we are part of a much bigger, more interconnected world. It makes us appreciate the gifts that we have, especially for those of us in first world countries.

Finally, giving reminds us that we are only in this world for a short period of time and we don’t really own anything. We are just managing money on behalf of a higher power or if you don’t believe in that, the universe in general. Regardless of your beliefs, none of us are taking anything we own physically with us post-death.

When Should You Start Giving?

The answer is simple. You should start giving now. Only you can determine the appropriate amount or percentage to give. Even if you can only afford to give $5 a month, start by giving something to a cause you care about. It will help you develop a habit for when you have more to give.

I don’t agree with is the notion of, “I’ll give when I have more”. The reality is you’ll never quite have enough. Enough is a moving target that usually ends up being a little more than what you have today. Beginning to give when you have a lot of money is MUCH more difficult than giving a small amount when you don’t have much.

Again, giving is a habit much like saving or investing. When it comes to saving, putting a small amount of money away even when you don’t have much can create a powerful habit that builds over time. Once you start saving, you become inspired to reduce expenses or increase income. The same happens with giving.

Community Members Who are Giving Generously

Circling back to the original point of this article, if mainstream media isn’t going to cover the generosity of the personal finance community, then let’s do it here. My blog does not have the reach of major news outlets. However, below are several stories that need to be heard. These are examples of people or small businesses that are making a real difference in the world. I hope as inspired by these stories as I am.

Money with a Purpose: What Does Being Thankful Mean to You?

This post from Fred at Money with a Purpose provides his thoughts on the meaning of thankfulness and how we all can be more grateful. Starting small and thinking big will allow you to feel the pull of gratitude. Giving all starts with the right mindset. I love his point that living with an abundant and thankful mindset often allows money to move way down the list of bad things that happen to us.

Passive Canadian Income: Don’t Forget to Give Back

This article includes several examples of how to give back with your time and money. Examples include volunteering your time at an organization such as Big Brothers, Big Sisters; giving your money to your favorite charity; or even giving blood. As Rob closes in his quote from Gandhi, we should all try to “be the change you want in the world”.

How awesome is this? Andy and his family are giving random hardworking people $100 tips. I remember when someone did this to me back when I waited tables. The impact it had on me was profound, especially during a time where I was living paycheck-to-paycheck after living on my own without financial support for the first time. My family participated #bigtiptuesday as well this holiday season inspired by Andy’s family. It was an amazing experience to randomly give someone a huge tip.

Here’s another great example of crowdsourcing charitable giving. The Physician on FIRE is giving away 100 donation of $100. Dozens of individuals posted their favorite charities in the comments, and my will be receiving a $100 donation as a result. What’s even more impressive is how Physician on FIRE gives away half of his blogging income to charity. I love this generosity!

Is there a more important cause than bringing clean water to people in need? Stories like this make me appreciate how much I take for granted in my life. Paula Pant at Afford Anything has raised nearly $20,000 for Charity Water, which will bring clean water to thousands of people world-wide.

Generosity in the FIRE Movement

I’m a believer that we should all find a way to give back in some way. This can be with money, time, or even blood (literally). The best time to start giving is right now. I know it’s not my business to tell people what to do with their money, but I believe that giving benefits greatly. You can click through the links above to get plenty of good ideas on where to give generously.

I know that writing about generosity doesn’t get the same level of engagement as retiring early. However, it’s frustrating that the generosity of this community isn’t discussed more often. Early retirees generally don’t want to sit around and be a leach. Instead, they usually go above and beyond to give back generously.

Join the movement and give generously!