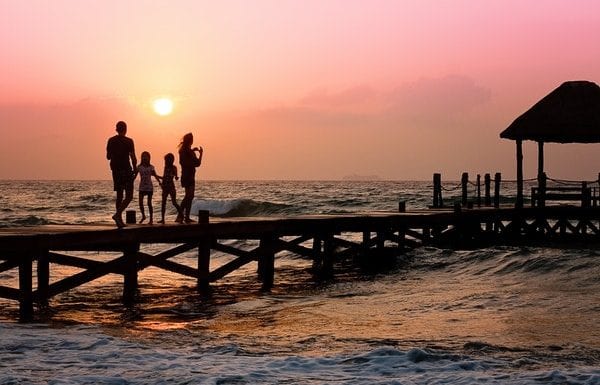 For years I had wanted to start a blog. More specifically, a blog in the personal finance field. I was frustrated seeing so many coworkers and friends going into debt at a young age, spending money they didn’t have to impress people they didn’t even know.

Then in 2011, I realized our family was going down the same path. Though we had a modest mortgage, we had two car payments, $50,000 in student loans, and had just agreed to buy a lake house with family (including the boat and wave runner). The hole we were digging was getting deeper and deeper.

When starting this blog in late 2017, FIRE (Financial Independence, Retire Early) was never the goal. The plan was to document our journey (or pilgrimage) to financial independence and hopefully help others. We had already made great progress by 2017 and were in the final stages of paying off the mortgage. The blog ended up holding us accountable during the final stretch.

When Can I Retire from Corporate Life?

I like working. In fact, I will probably be one of those people that work in some capacity until the day I die. Working gives me purpose and meaning, and thankfully I have worked for an organization for 13 years that has provided this to me.

At the same time, even within a great organization, I had a terrible year that almost led me to quit and find other employment. Thankfully, I stuck it out and was able to transfer out of that area, but I was pretty miserable for a while. I wouldn’t say I liked going to work, carried stress home with me, and had trouble sleeping at night.

It was a reminder that even at a great organization, things could change on a dime with factors completely outside of my control. So, this pursuit of financial independence was never about retiring early; it was about having options. Options to quit a bad job or a bad boss without losing the home my family lives in. Options to maybe someday take a lower-paying job that may also come with lowered stress levels. And most importantly, options to ensure that I have the flexibility to spend plenty of time with my family no matter my work situation.

Who knows what the game plan will look like after that. It could include financial coaching, driving for Uber, coaching a high school or college baseball team, investing in real estate, or whatever opportunity.

The thing is, I don’t want to have the pressure of doing any of these things while having to worry about making a living from them. If I get paid, great, but with a family, I have a responsibility to take care of myself and them. So I will not put myself first above what is best for them. What is best for them and me is to continue doing what I’m doing for the foreseeable future.

With all that being said, I’m approaching 40, and the time has come to start thinking about a retirement date. Of course, that doesn’t mean that I have to retire at that date, but it is something to work towards.

Is Retiring at Age 55 Early Retirement?

For me, that magic date is 55 years old.

There are a few reasons why this date makes sense.

In Summary: When Can I Retire?

Combining these three factors seems to make sense to retire at age 55. In addition, my wife, who is a middle school teacher, would likely be able to retire around the same age. She has six years of retirement built up as a teacher and will likely be returning to work in a couple of years when our youngest is in kindergarten.

With all this being said, one of my other sayings is that humans are notoriously bad at predicting what we want to do in five years or more. This is one of the reasons why up until this point, I’ve put almost zero thought into a retirement date. Regardless, it’s good to have some plan, even if that changes. So when can I retire? Who knows, honestly.