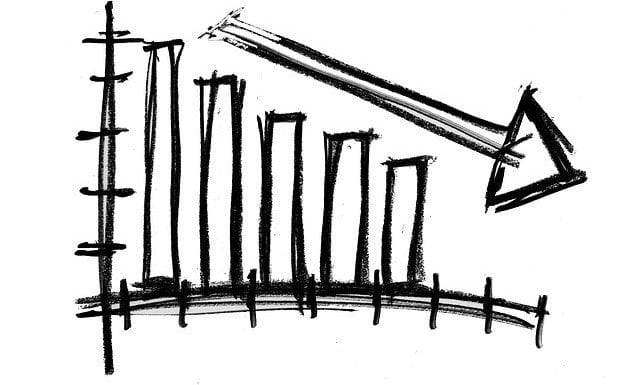 What a wild couple of weeks it has been. As I sit here in March 2020, the Coronavirus, also known as COVID-19, is spreading worldwide. Major sports leagues are canceled or suspended, toilet paper is almost non-existent, and any gatherings of 10 or more people are discouraged through May. My city of St. Louis currently has a stay-at-home order, and the media coverage of the virus is all over the place.

Some people take “social distancing” seriously, while others live as if nothing has changed. Only time will tell the severity of this virus. We can all hope and pray that loss of life will be limited due to our measures, but if we’re honest, we may be looking at a loss of life in our country with totals in the six figures before the virus runs its course.

There is a deep feeling of uneasiness across the world. The United States is right in the middle of this pandemic, and New York continues to have an exponential increase of cases daily. The virus spreads from the coasts to the Midwest and will be in most cities soon.

All of a sudden, the economy feels like 2008 all over again. I know this situation is different. The last was a financial crisis, and this one was a health crisis. Since this is a personal finance blog, I’m not going to speak about the health side of the pandemic. However, as someone who lived through 2008, I see similar patterns in the first couple of weeks. So here are a few lessons learned from the 2008 recession that you may want to consider today.

Living Through a Recession is Difficult

One of my biggest worries with the historic bull run during the past ten years is people have forgotten what it’s like to live through a recession. While this technically isn’t a recession yet, we’re most likely headed in that direction since a recession requires two consecutive quarters of negative gross domestic product (GDP) growth.

Suppose the current situation with COVID-19 turns into a more prolonged recession. In that case, we will all know someone who loses a job, files for bankruptcy forecloses on a home, or severs a relationship due to financial reasons. If predictions are accurate, we may know someone who falls victim to the virus.

What stood out most during the Great Recession was the number of individuals who were not just unemployed but underemployed. Time after time, I would meet individuals working jobs that paid significantly less than their previous roles. I remember my co-worker whose husband lost his job in his mid-50s. It took him nearly five years to find a new job comparable to the former.

They were struggling to make their house payment and almost lost their home at one point. Then there was the former human resources executive who worked the register in my work cafeteria. He was just grateful to have a job and eventually was hired on in a different role more in line with his background.

It’s tough to describe what living through a recession is like when you’ve never done it before. For several years people have been talking about missing the run-up in the market that started back in 2009. It’s easy to sit here today and look at the massive gains over the past years and wonder how anyone could have gotten out of the market back in 2009.

Living through a recession is a much different story. The media coverage and end-of-world scenarios were just as prevalent in 2008-2009 as in the past few weeks. Eventually, if you don’t turn off the news, you start to believe it. While it’s essential to stay informed, it’s equally important to know when to step away and focus on what you can control (this advice is primarily for me).

Stick to Your Long-Term Plan

Going through a recession as an investor is like going through a bad break-up. The first time it happens, you are completely miserable and wonder if you will ever shake the depression. After the second or third time, it’s still miserable at first, but you come to understand that the pain will go away with time, and you’ll become a stronger person on the other side.

A large percentage of the workforce will be going through a significant downturn for the first time. Most everyone under the age of 30 has never gone through this while in the workforce. It’s easy to say “stocks are on sale” when a 5-10% correction is erased in a couple of months. It’s much more difficult when the market drops 35% in a few weeks and the uncertainty becomes overwhelming.

Nobody knows what the market will look like in the next couple of months. If anyone did, they would be the wealthiest person in the world. Businesses worldwide are going on lock-down for several weeks or maybe months. We’ve never seen a worldwide pandemic like COVID-19, at least not since the Spanish Flu of 1918, when the world looked much different. We could emerge out of this a completely different world, or we could get an announcement in a few weeks that a vaccine is on the way and everything will return to normal much sooner than expected. We don’t know.

See Related Post: 5 Reasons to pay off your mortgage instead of invest elsewhere

All I know is the people who were hurt the worst in the Great Recession sold near the bottom of the market. This is because so many people took money out of the market. After all, they believed we’d never recover.

They bought gold and silver after their stock portfolios dropped by 50% because they were convinced that our economic system would never recover. Instead, not only did we get back to record highs after a few years, but we blew through high after high for years.

History shows that the market always comes back. It may take five months or ten years; we don’t know. This is why traditional advice is not to be heavily invested in stocks unless you plan to be in the market for at least five years, and some recommend 10.

Help Others in Need

I’m incredibly thankful for a relatively secure job that can be done remotely. Of course, that could change instantly, or I could do something stupid and get fired tomorrow. However, as long as steady paychecks are coming in, we’ll look for ways to help friends, family, and local businesses.

This pandemic will be a tough time for a lot of people. My brother and his fiance work at the same restaurant, and they will be out of work for at least a month. They have a one-year-old, and the next few weeks or months will be tough until they get back to work. Even when they are back at work, more than likely, people will have less disposable income to spend until the economy bounces back.

So how can you help others? Maybe purchase a local grocery store gift card for a family in need. Or spend money at local restaurants that choose to remain open. You could also check in with churches or other local organizations to determine who is approaching them with needs.

When we give, our goal is to maximize the value of our contributions. We look for organizations that take the dollar we offer and amplify it. We will continue to search for opportunities to give back to a community that has been so good to us.

Finally, the government just approved a massive stimulus relief bill, given the current situation. I’m not in the business of telling people how to spend their money, but if you are in good financial shape with low debt, emergency savings, and investments, then do your part to put that money back into your local economy or give to charity.

If you are not in good financial shape, use that money to get caught up on debt payments or build a small emergency fund. Even a $1,000 emergency fund can provide you with incredible peace of mind. Some people, of course, may be out of work and will need that money to survive the next few months.

Lessons Learned from the Great Recession

So, what is our plan during this market downturn? Business as usual for now. I have no idea what the market will do over several months. It will take us a while to bounce back from this, but who knows? We’re investing for the long haul and don’t need the money for 10+ years. If the Great Recession taught us anything, it’s not to panic, be thankful for the good things in our lives, and be generous to people who need help. This, too, shall pass. 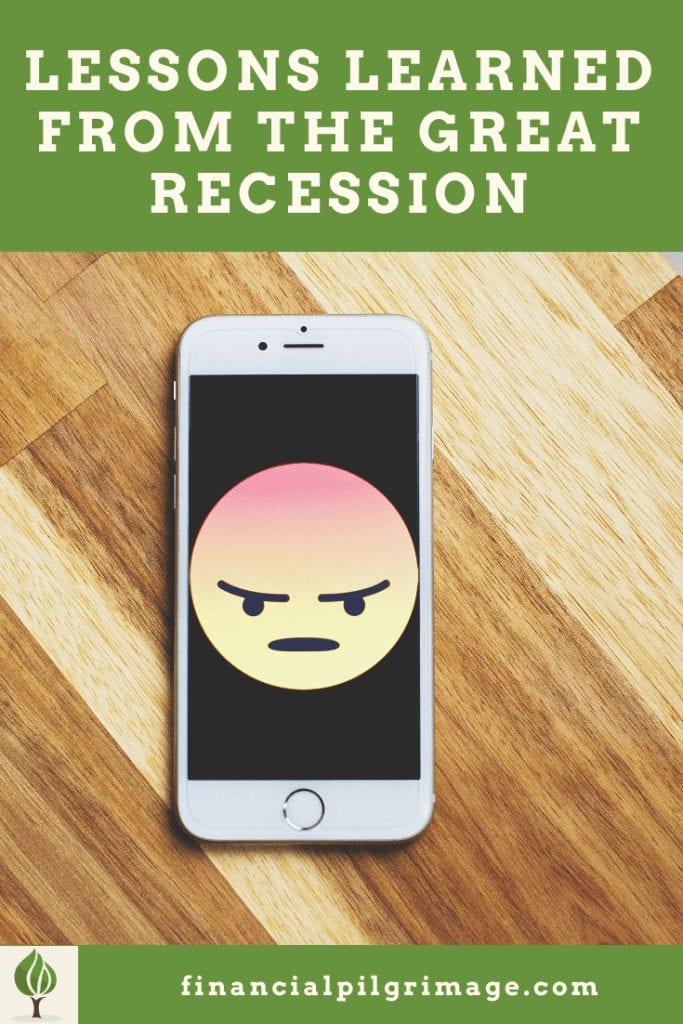