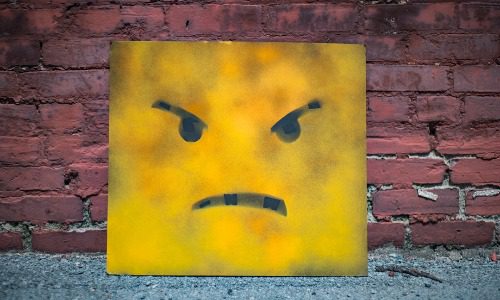 When Expecting an Inheritance Goes Wrong

In my early 20s, I lived in a duplex with three other guys. One of the guys, we’ll call him Brad, was the first example that came to mind when thinking about if an inheritance can have a positive or negative effect. Brad was in his late-20s and coasting through life. He was working at a job that was well below his potential because he didn’t have the drive to find something better despite being fully capable.

He would sometimes talk about how his grandfather, who wasn’t in great health but had a lot of money. Money that he fully expected to be shared with him once his grandfather passed away. When his grandfather eventually passed away, he didn’t end up getting any money, to his surprise. I remember the shock and anger when this happened. It shattered an already shaky relationship with his dad. I won’t go into all the details of why he didn’t end up getting an inheritance, but what happened after the initial shock wore off was most interesting.

Knowing he didn’t have a large sum of money coming his way completely changed his mindset. It made Brad accept that if he wanted to be successful, he had to do it independently. Over the next several years, Brad’s level of motivation to succeed kicked in. After transitioning to a corporate recruiting position for a couple of years, he eventually quit and started his own business.

After only a few years, he made five to ten times more than his previous job. I know that a job isn’t all about the money, but his satisfaction with his work also took off. Eventually, he was doing it, working fewer hours than before. He went from having shame in his job to being a proud “CEO” of his own business.

I am convinced that if Brad had received that inheritance, he would have never started his own business. While also convinced that the promise of an inheritance killed his motivation early in life. If his grandfather had lived another ten years, he might have never gotten started.

Brad’s example isn’t the only time I’ve seen a similar situation play out in the lives of friends and family. But, it’s a pattern that I’ve observed enough to believe there is something to it. I don’t think the actual inheritance is a problem, but more the promise of an inheritance when a family member passes away. In general, it is gross when, subliminally, someone counts on a family member passing away in the hopes of financial gain.

There are plenty of studies that show how generational wealth is squandered. Often the money you’ve worked for won’t make it past your children. It’s the same philosophy with lottery winners and professional athletes that quickly come into money. Yet, repeatedly, we see that people who receive large sums of money don’t know how to handle it properly.

Ensuring our children are financially literate increases their chances of effectively managing an inheritance. However, I think there’s something to going out and making it on your own. The child that takes over the family business will never have the same appreciation as their parents, that had to build that business from the ground up. Likewise, the sacrifice and dedication that goes with building your wealth make you more connected to it.

So What Do We Plan to Do With Our Money?

As we know in life, nothing is guaranteed. Just because we are on track to have a nice nest egg later in life doesn’t mean that will happen. Most of us are a significant medical event away from bankruptcy if that also occurs with a loss of health insurance. So let me start by saying that much of this comes from a place of privilege and hard work to consider these options.

Let’s say my wife or I live into our mid-80s. Based on our family history, it’s likely that at least one of us will make it that far. At that time, our kids will be in their late 40s or 50s. Maybe with a family of their own. They’ll be set in their careers and hopefully leading a happy and fulfilling life.

If we share a large sum of money with them at that point in their life, what will that accomplish? In the best-case scenario, maybe they are involved in a charitable effort that is changing the world. But, in a more likely case, they aren’t as motivated earlier in life since they think they’ll be getting a large sum of money later in life and never live up to their potential.

I will have a conversation with each of our kids at some point. When we pass away, don’t expect a dime of inheritance.

This all goes completely out the window if we die earlier in life. That’s a different story. It also gives us space to change our minds. The key for us is ensuring that our kids don’t expect anything.

So what do we plan to do instead?

Instead of saving all of our money for later in life, our goal will be to do everything we can to ensure they are set up for a successful life. For example, sending them to good schools as children and young adults, paying for their college, and providing money to start their lives. This may involve a down payment on a first home or seed money to start a business. It may also include helping with other life events such as a wedding.

My view is if they aren’t able to make it in life with that kind of head start, then the promise of more money later in life will likely do more harm than good. At some point, they have to go out and make it independently. And if they can’t make it on their own in their 20s without any consumer debt, a college education, and a downpayment on a first home, then there are deeper issues there.

As parents, we all think we are doing what’s best to raise our kids. At the same time, they are their people, and sometimes things don’t always turn out the way we hope. I hope all of the conversations we’re already having with them about money and financial literacy pay off. I plan to share all of the keys to building wealth with my children. They will have the roadmap and the tools to have very successful lives, and it will be in their hands to take action.

Other Considerations for Not Leaving an Inheritance

Another reason for never promising an inheritance is the unknown costs associated with health care later in life. Assisted living facilities and nursing homes are costly. I don’t want a conflict of interest between money and getting the best care for my wife or me.

Maybe that sounds selfish, but there are situations where kids are challenged to decide between giving their parents the best care and not burning through all of their future inheritance. Sadly, we have to think about things like this, but money has a way of influencing decisions, even for those that have great relationships with their parents.

You all know a family that has been torn apart by an inheritance gone wrong. Hopefully, that hasn’t been in your family. No matter how you plan to split the money among your kids, there will likely be someone that isn’t happy about it. If not the kids, maybe the grandkids.

While it’s not incredibly common that siblings fight as adults, it’s mostly about one thing when they do. You guessed it, money. Eliminating the expectation of an inheritance can reduce disputes among siblings. They may end up being mad at us but hopefully not at each other.

There are so many causes in the world more important than ensuring my kids get their second vacation home with the money we leave behind. An ideal situation would be when my kids are older; they are involved with charitable causes that we can work together to give to after we pass. I can think of no better way to spend our money after passing than to give it to a cause we are all passionate about.

What Might Change Our Mind About Leaving an Inheritance?

As we all know, life can change. Maybe at the end of the day, we’ll give our kids money after we pass away. However, it will never be promised. I believe that issues with an inheritance come into play for all the reasons shared earlier.

When you know there will be a pot of gold at the end of the rainbow, it reduces the incentive to build your pot of gold. If they can’t make it in life with the head start we plan to give them, then an inheritance later in life won’t help either. It may do more harm than good if they are expecting it.

One thing that would undoubtedly change things is if me and their mother died early in life. If we were to pass away in the next 15 years or so, then our kids would get everything. We want to make sure they have money to take care of themselves. We also won’t rule out giving money to grandkids to give them the same head start. However, with hopefully being at least 15 years away from the possibility of grandkids, we have a lot to think about before then.

For now, our financial plans will not include leaving an inheritance to our kids. Instead, they will receive money for college and a nice gift to start their lives. I guess you could call that an early inheritance, and if that’s the case, I’m all for it to ensure they get off to a good start in life.

Like most things in parenting, we want to provide them with the best life, but they have to go and work for some things on their own. Raising spoiled children or children that expect everything to be given to them isn’t the answer either. I’ll check in on this post in 10 years or so to see where our heads are at. Thanks for reading! 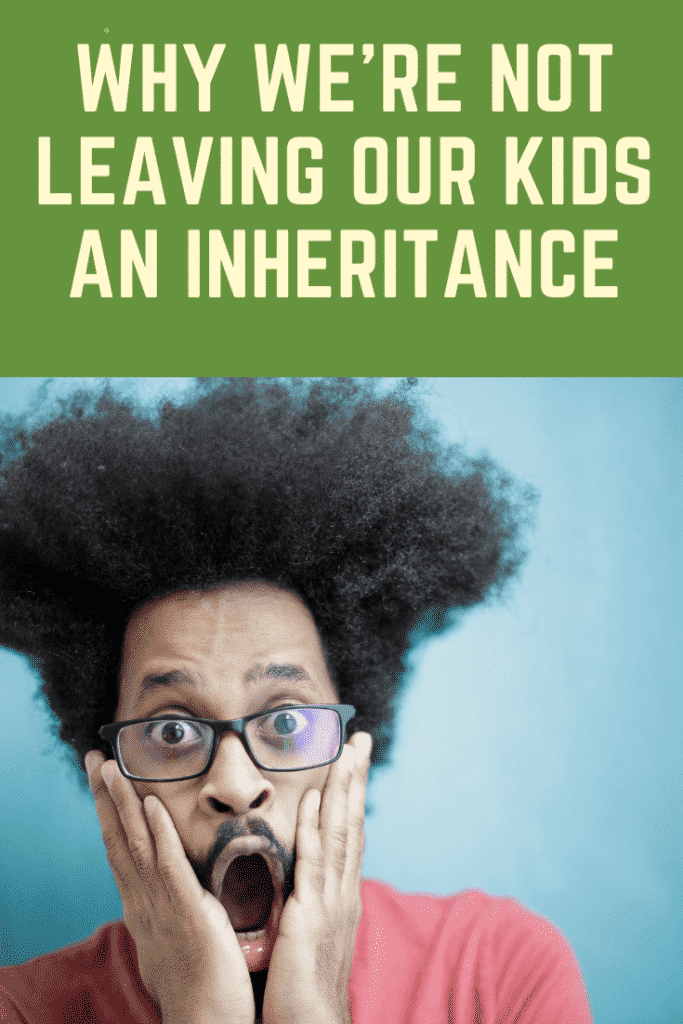