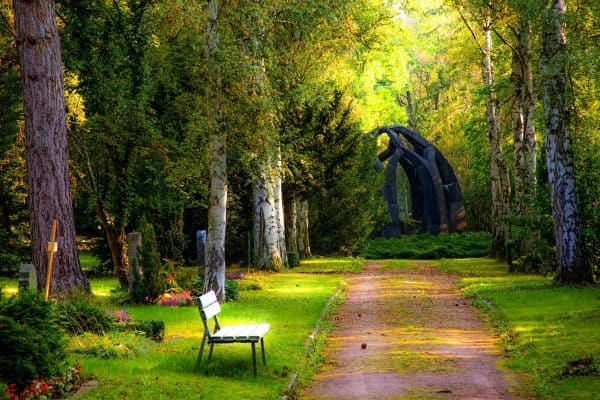 Funerals have a way of making us think differently about life. They can be a strange combination of heartbreaking yet inspiring. Funerals give us a chance to step back from the day-to-day grind and reflect on what’s truly important in life.

I’ve often left funerals feeling inspired to make changes in my life to be more present, invest in relationships, and help others. Each of the three funerals that I’ve attended recently had a common theme to “live life to the fullest”. This can be a strong message when you (me) may not being doing so. Life is short, and sometimes it takes a swift kick to the gut to get us to realize this truth.

All three funerals were for individuals in different stages of life taken for different reasons. All were heartbreaking in their own way.

A Life Taken Too Soon

This may not be fair to say, but the younger a person is the more difficult the funeral. There’s something about someone who hasn’t had a chance to live a full life that makes it hurt so much more. What could be so bad that a 22 year old would take his own life?

This young man was a teammate of mine on a men’s summer baseball team. He was refreshingly positive and optimistic. In an era where people tend to think about themselves, especially when it comes to playing time, I never had an issue with him. If he wasn’t in the starting lineup, he would just smile and say “I’m just happy to be here. I’ll be ready when you need me.”

Midway through the year his brother wrecked his car, so I ended up picking him up and taking him to several games. I got to know this young man. He had a challenging upbringing, but was so motivated to succeed in life. And succeed he did in many areas, weather it was sports, education, and serving his country. It just makes me wonder, is there something I could have done or said that could have resulted in a different outcome? Probably not, but I can’t help to think of it.

On our last car ride of the season he shared with me that he was planning to join the army. I followed his journey through basic training to his first deployment in Texas. A few months ago he let me know that he may be coming home to St. Louis for the summer and asked if he could play ball with us again. Of course I said yes, and left it at that. Maybe I should have pushed more. However, on social media and our random interactions everything seemed just fine.

It just goes to show that you never really know what a person is going through. I don’t know all the details of what happened, and don’t care to pry. No matter the situation, I hope that he is now at peace.

Live Life to the Fullest

The second funeral was for my wife’s great aunt, who passed away somewhat suddenly in her mid 80s. She had a minor heart attack, went in for surgery, and never made it out. There were complications of some sort.

Her funeral felt much more like a celebration of life. Stories were shared about her and her beautiful family. My wife’s aunts told stories about spending time at her property when they were younger. Their cousins (her daughters) were like cousins to them. I spent most the day sitting back and listening to great stories and better memories.

When I think about her I think about family. Her and her daughters were always present at every extended family function. They never missed a wedding, funeral, or other family event. Even though I didn’t know her all that well, I had the opportunity to develop relationships with others in the family. She really did demonstrate the importance of family and relationships.

Death is never easy, though when someone has the opportunity to live life to the fullest the funerals tend to be more of a celebration. I know it hurts to not have our loved ones around, though death is a part of life. Every one of us will succumb to it some day. When my time runs out, I hope to have lived a life as full as she did.

Learning to Appreciate Life to the Fullest

Last but certainly not least was my wife’s cousin. She was the one of the three we were closest with. Out of all of my wife’s family she was my favorite cousin (don’t tell the others). Always the life of the party, overly positive, while also not being afraid to be brutally honest.

Eight and a half months ago she found out that she had terminal cancer. Her and her partner have two young children and an extended family who adored her. At this time last year she was living a normal life, then all the sudden she was hit with an unthinkable diagnosis.

Like most family in this situation, my wife and I wish we would have spent more time with her. She was only an hour away, so why didn’t we go to visit more often? Why didn’t we do more to help? Others had set up fundraisers and helped finish the basement in her home, and I’m left with the feeling of not doing nearly enough.

She came to visit us a few weeks ago after our daughter was born. The experience was surreal and one that I won’t ever forget. She was on a lot of medication, yet was sure to let each and every one of us know how much she loved us. She lectured me on making sure to focus on the important things in life. Family, relationships, and God. I helplessly asked her if there was anything I could do to help and she replied, “just keep being a great dad to those two beautiful children”.

She had found tremendous faith in a higher power throughout her illness. Every opportunity in her last few months was used to express love for her friends and family, and to take care of her two young children. With her time cut short you could tell that she was trying to squeeze every moment out of life. 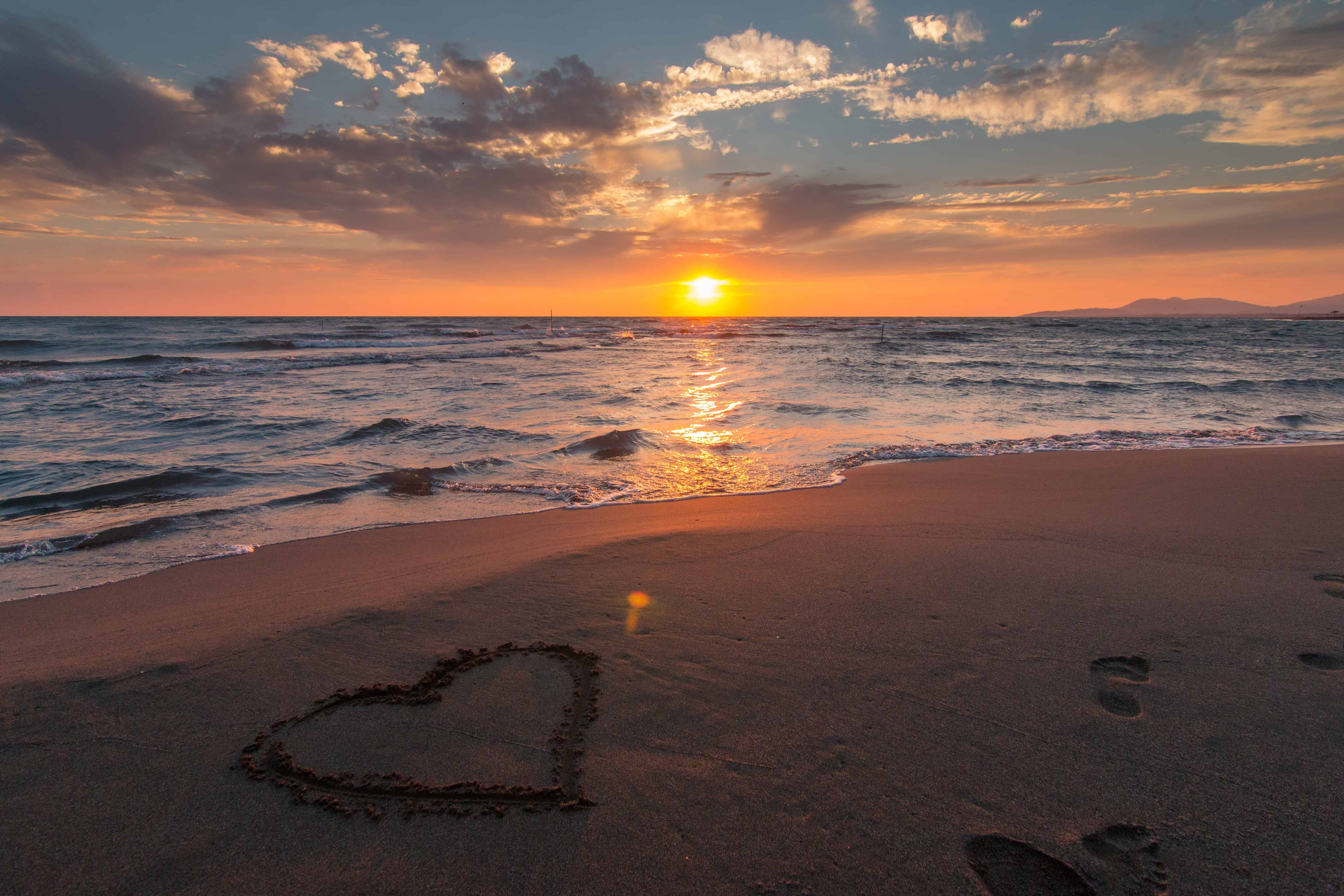 Why does it take a terminal disease, near death experience, or other similar event to make us fully appreciate life? Whenever I go to funerals I always tell myself that I’m going to love more. That I’m going to live in the present moment more often. The message at funerals is often to live life to the fullest. Here’s the brutally honest truth — once the message wears off after a few weeks I go right back to living just like I did in the past.

Humans are strange and complicated creatures.

It’s tough to say there is a silver lining when a mother leaves her two young children behind. Though as soon as she received her diagnosis, her mind immediately went to making sure that her children were taken care of long term.

Through the generosity of her family and friends she was able to pay off her home. Not only is the home paid for, she has put money aside to pre-pay all taxes, utilities, and other bills until her children turn 18. Money is also put aside for the college funds of her children.

The community stepped in and finished the basement to turn it into living quarters for her parents, who recently moved in to help with the children.

Again, why didn’t I do more to help?

She has gifts and video messages set aside for each big event in her children’s lives — birthdays, holidays, other life events.

And she continually made sure to tell every one of her family and friends how much love she had for them. She’ll be the first to admit the regret in not living her life to the fullest before her terminal diagnosis. Unfortunately, the way she lived her life previously wasn’t much different than most of us do today.

Since this is a blog about financial independence, you can probably see the connection. Thankfully she had an extra eight months along with supportive family and friends to take care of her babies. However, what if her death was more sudden or there wasn’t a support network? This isn’t something most of us think about, but maybe we should. For many of us the pursuit of financial independence is so much more than just retiring early.

I wrote a post recently about leaving behind a legacy, and I would say that she did everything she could to leave a long lasting legacy for her children.

Live Life to the Fullest

I’m trying to take small steps to live more like she did during her final eight and a half months. Reminding myself to be more present, being more patient with my children, praying/meditating more often, and trying to slow down to appreciate all of the good things in life.

Old habits can be hard to break. Most of us will go back to what we’re used to or what feels comfortable. I am thankful for having these three individuals in my life, and owe it to them to do my best to live life to the fullest. It’s strange how hard this can be sometimes though.