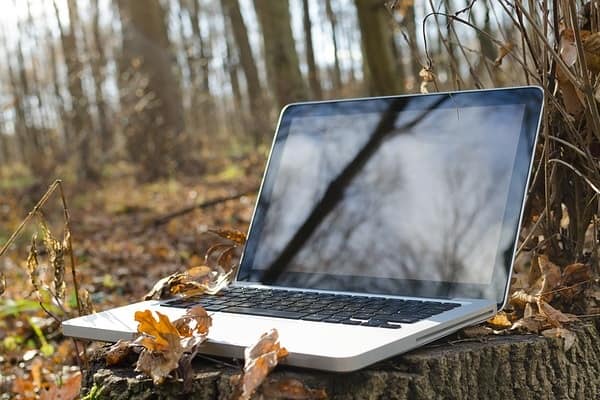 This week we are excited to share another story from a Young Debt-Free Family. The story below features Mr. SR who blogs over at Semi-Retire Plan. Mr. SR and his wife are in their mid-20s and already have a game plan to semi-retire. I’m always so impressed with young families who have their financial lives in order at such a young age. They were able to graduate college with minimal debt which has put them on the path to a sound financial future.

Mr. SR at Semi-Retire Plan was influenced by Dave Ramsey early in life. This helped him develop a hatred for debt which has carried on through his early professional life. Being debt-free will allow him and his wife to transition to what they call “phase 2”, which you can read more about below.

There is a big difference between people in the personal finance community and the general public. Developing a better understanding of why people take more of an interest in their finances will allow content creators like us to develop strategies to better engage the general public.

I don’t want to give up too much of Mr. SR’s story, so please continue to read below to learn more about Semi-Retire Plan. This is the 10th interview in this series and I hope that you find this story as inspiring as I did.

1) Start by telling us about yourself. Please include any details you feel comfortable sharing about your family, job situation, income level, and amount of debt paid.

I write as Mr. SR at Semi-Retire Plan.

My wife and I are in our mid-20s. We both work full-time in corporate project management roles, but as you can probably guess from my site’s name, we’re planning to semi-retire early.

I recently surveyed personal finance blog readers, and learned that one of the characteristics of the online community that people liked least is the perception that it’s geared towards a certain audience. Privileged people. One participant in the survey described it as “white, male tech workers.” The idea being that bloggers and personal finance readers are typically privileged, high-income, “elite” people.

I say the word “elite” with quotation marks because I believe that your nationality, race, career, gender, income, etc. should not define you as a person. Though, I understand where that participant was coming from. The r/financialindependence sub-reddit group, for example, has a seemingly endless supply of 28 year-olds who make $250,000 per year and will be retiring by the time they’re 35.

The survey results showed, more than anything else, that financial literacy needs to spread further to a wider audience. It’s a message and a skill that can improve people’s lives regardless of their demographic.

A recent US Bureau of Labor Statistics study showed that full-time wage and salary workers had an average income of $908 dollars per week. I don’t disclose our specific financial details, but that’s roughly what my wife and I each make (before taxes and other deductions). I say that to show that, though we’re happy with our progress at this point in our careers, we’re not super high earners.

Exceptional income has not been the key to success in our story. And we’re not tech workers. So I hope that in some small way our story can inspire people that you don’t have to belong to a certain career or demographic “club” to be intentional and effective with managing your finances.

2) What inspired you to pay off your debt? Did you have a specific moment where you decided to make it a goal to payoff your debt?

A big part of my story is my feeling of disappointment mid-way through my undergraduate business education. I chose to study business, in part, because I wanted to learn how finances work. During my sophomore year, I realized that investing was not one of the things that I would learn about in the program. So I began consuming as much information as I could about personal finance, outside of the classroom.

Early on, Dave Ramsey was a major influence on me. I loved the structure and clarity in his baby steps that he teaches. Thanks to him, I’ve been averse to consumer debt from the start. So that has been a big help.

My wife and I were both able to avoid student loans. I went to an out-of-state public school because I received a scholarship that made it less expensive than in-state public schools where I was living. My parents had saved some for college, too, and that covered the remainder. My wife went to the same school, which was in-state for her. She also had a scholarship that lowered the tuition bill. Her parents funded the remainder as well.

We recognize that avoiding student loans was a huge privilege. I know that “just go to college and don’t have debt” is not practical advice for many people. There are some practical takeaways though that I can attest to. (1) If you, as a parent, can start saving for your kid’s college now it can make an enormous difference in their future. Also, (2) college choice is EVERYTHING when it comes to minimizing student loan debt. Personally, I very seriously considered going to a school that would have cost significantly more than the school I ultimately chose. That school I considered is a “better” school. But I have no doubt that it would not have been worth the $160,000+ in student debt that I would have had as a result.

When my wife and I got married, we did have about $8,000 in car debt. We made paying that off aggressively an immediate priority.

3) How did you stay disciplined throughout the process to pay down your debt?

From my years of Dave Ramsey fandom, I had developed a no-tolerance policy for debt, so that kept us motivated. Since then, we have been debt-free (excluding our mortgage)! 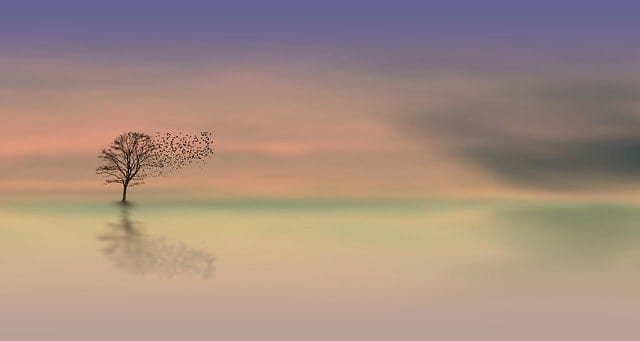 4) Were there any apps, tools, or websites that were especially helpful in paying down debt?

To me, there are surprisingly few “tricks” to paying off debt. If you have a large amount of high interest rate debt, you should consider re-financing to a lower rate. Otherwise, and I know this is frustratingly simple, you really just have to do it. The only real “trick” is staying motivated and focused.

I wrote a post about the neurological side of the debt snowball, that people may find to be helpful and entertaining. Basically, if you can re-frame your large financial goals as smaller, incremental goals, you’ll feel more happiness and gratification. Each time you achieve one of your smaller goals, you feel good and feel more focused due to chemicals in your body like dopamine, endorphins, and oxytocin. You can also “gamify” debt re-payment or other financial goals, which makes it all the more rewarding and fun.

5) What advice would you provide to other young families who are overcome by the stresses of debt?

I don’t endorse everything that Dave Ramsey teaches. But I do agree that you have to become intensely, singularly focused on paying off debt to really make significant, fast progress. Don’t flirt with the debt and keep it around for decades. Let yourself get fired up, and even hate the debt. Then get focused and get rid of it!

6) What was the most challenging part in your journey to become debt-free?

The hardest part is saying “no” to other things that you could be spending your money on. Even now, though we are free of consumer debt, my wife and I are constantly working to find the balance between making financial progress for the future and enjoying life now.

I do think that our lifestyle costs tend to “inflate” when our income rises, so one way to prepare your family for future financial security is to fight this lifestyle inflation. If you get a 3% raise, don’t start spending all of that 3%. Throw more of your income towards debt repayment or towards your retirement savings. 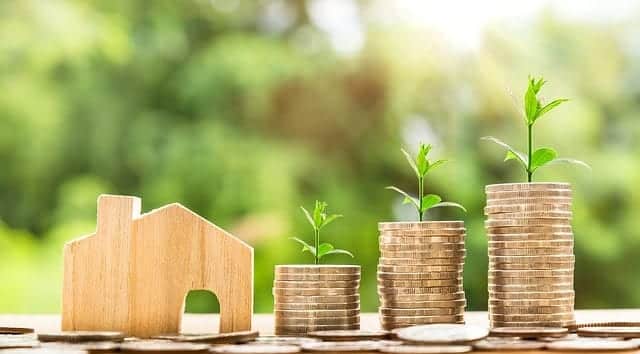 Being debt-free has given us flexibility. To me, this is the whole benefit of wealth — you have more options.

After we got married, my wife and I moved to a new city. It took her a few months to find a job there. Things were tight for a while, but we weren’t late on any bills or payments (and we didn’t stop contributing to retirement) because of the financial margin we had from not having debt.

8) What are your future plans for your family after becoming debt free?

Our only remaining debt is our mortgage. It will take us a while to pay it off. Right now, we’re prioritizing our retirement savings and some other short-term goals over paying off our mortgage as aggressively as possible.

But, getting our mortgage paid off is a big part of our early semi-retirement plans. It’s all a numbers game between expenses and income, so removing that monthly expense will move us a lot closer to balancing that equation the way we’re trying to.

9) Are you pursuing (or have you reached) financial independence?

We are pursuing financial independence, but not the “RE” (retire early) part of “FIRE.” At least, not yet.

Basically, we plan to take a three-phase approach. Phase 1 (where we are currently) is working full-time and saving. Phase 2 is early semi-retirement — doing work you actually like to do, part-time, and having a high quality of life. We recognize that we will eventually not want or not be able to work even part-time, so that’s Phase 3 — full retirement. But we’re planning to maximize the amount of time that we are able to spend on that Phase 2.

You can read more about the premise of what I call “The Semi-Retire Plan” here.

Unless you are literally Jeff Bezos, you are not the wealthiest person. So don’t try to be. But that doesn’t make everyone a failure since they’re not Jeff Bezos.

What are your own values and goals? What can you be doing to put yourself in the position to achieve them? Then, just compare yourself to those goals and that plan you have for yourself. Take steps in the right direction each day.

11) Where can we learn more about your story?

You can read more about my story, that survey I mentioned above, semi-retirement, and other financial and decision-making topics at https://semiretireplan.com. 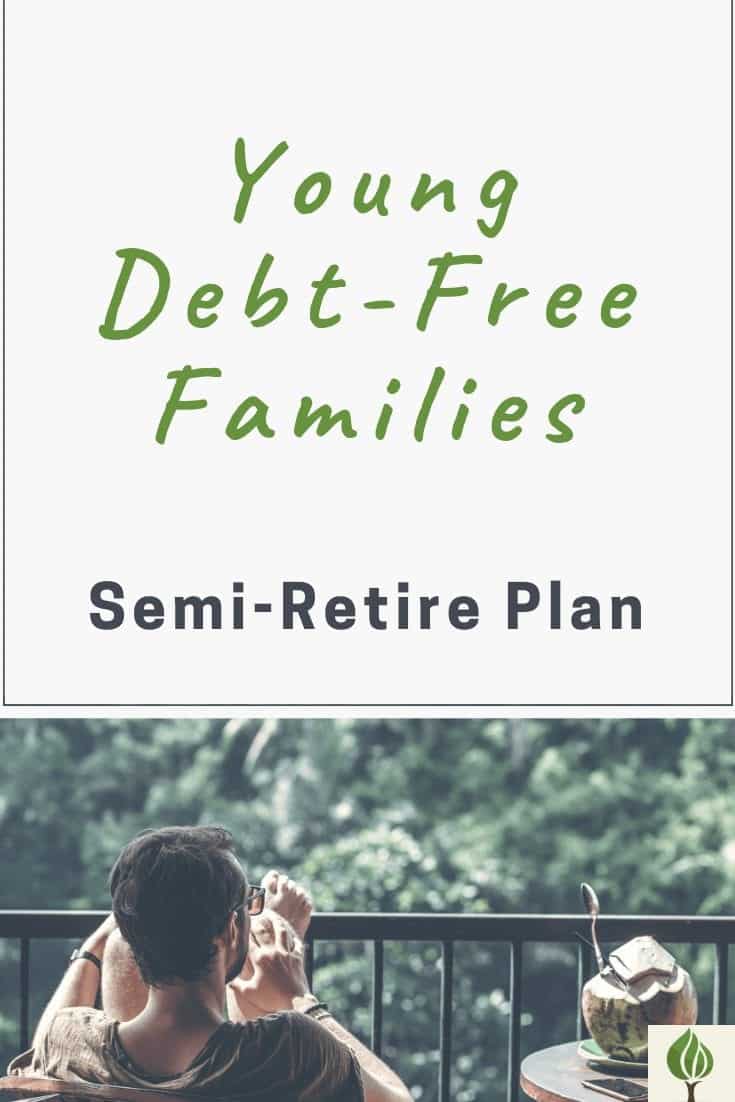