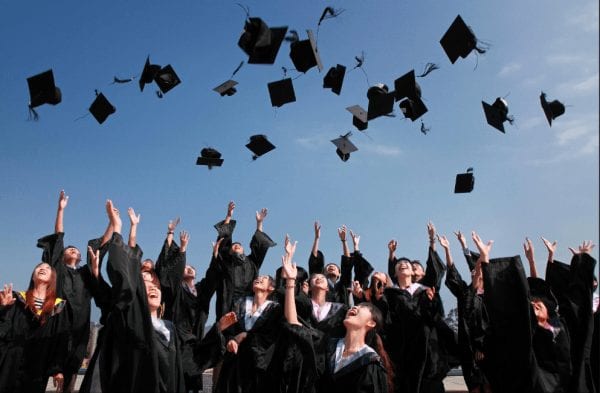 The rising cost of college tuition continues to result in individuals taking out a record amount of student loans. As a result, student loans continue to be a significant barrier for young families. In addition, student loans play a role in millennials delaying major life events such as purchasing a home or having children.

College tuition continues to rise faster than wages and inflation, which is a trend that can’t be sustainable long-term. Total student loan debt is more than 1.48 trillion, and the average graduate leaves school with nearly $40,000 in student loans.

College graduates will be better off at the end of the day. This is because the average salary of a college graduate is significantly higher than a non-graduate on average. A recent study by Georgetown University shows that college graduates earn $1 million more than individuals with high school education. So how do we balance the benefits of college with the downsides of student loans?

Even though $50,000 in student loans is a lot, it could have been much more. My wife went to community college for two years, attended an in-state four-year university, and had small scholarships. While mistakes were made along the way, such as the one semester she spent at an expensive private school, overall, this approach kept her student loans from being significantly higher after graduating. In the end, my wife loves being a teacher. It gives her purpose and is her calling. It isn’t easy to put a price tag on that.

My path through college included four different schools; two community colleges and two four-year state schools. In addition, my college was paid through a mix of athletic and academic scholarships through my undergrad journey.

Instead of having my mindset on an out-of-state private or big-name university, I followed the presented opportunities. I didn’t end up at my dream school(s), but in the end, I don’t think that mattered much. College is what you make of it, and you can have a great experience at nearly any school with the right attitude. I don’t feel like I missed out on anything by attending community college and then state schools to pay for my tuition.

The result was six and a half years of college while barely paying a dime of tuition. In graduate school, I found a school with a great internship program. The 20 hours per week internship paid for my tuition and $800 per month. Combined with my weekend server/bartender job, I fully supported myself through grad school.

Three Ways to Reduce the Cost of College

Below are three suggestions to reduce the cost of college. These may seem like common sense suggestions, but it amazes me how few people decide to do them. I know college costs continue to increase, but you can still attend college at a reasonable price if you have some flexibility and drive.

Here’s a little secret: Nobody cares if you went to a community college after graduating from a four-year university. The four-year school you graduated from is all that needs to go on your resume.

Below is a quote from an article on study.com via the College Board.

The average annual cost of tuition and fees for a public 2-year college is ,440 for in-district students. However, according to the same source, the average yearly cost for a public 4-year university is ,410 for in-state students and ,890 for out-of-state students. For a private 4-year university, you can expect to cough up ,410 per year in tuition and fees. The differences are crazy, aren’t they?!

The name of the school on your diploma doesn’t matter. It may help you to get your first job. However, after a few years of achieving results, the ability to build effective relationships and your professional network will help you advance. Of course, I’m sure there are exceptions in specialized careers or aspire to be a CEO. Yet, for most of us average folks, the name of the school you went to doesn’t make a difference.

It blows me away when students pay out-of-state tuition to attend a similar state school across the country. If you can afford the increased tuition, go to whatever school you want. However, attending your “dream” school will turn into more of a nightmare if you graduate with six-figure debt.

I graduated from one of the lowest-ranked schools in my state. Yet, I’ve never found this a barrier to my career growth. On the contrary, graduating college debt-free provided more flexibility than having tens of thousands of dollars in student loans.

There were dozens of other students who could have benefited from the scholarship, but they either didn’t proactively seek it out or didn’t put the work in to complete the application. A few hours of work saved thousands of dollars.

My wife also received a scholarship because her Aunt wrote a letter to the Dean at her four-year school sharing a story of past medical issues. That one simple letter saved her thousands of intuition. So the moral of the story is to keep an eye out for scholarships that fly under the radar.

Too many recent graduates are leaving school buried in student loan debt. The cost of college continues to grow at an unsustainable rate. However, I believe that attending college can be reasonable for most families. Going the community college route, avoiding expensive schools, and finding scholarships can make a huge difference.

The data show a college degree is usually well worth the investment, even with student loans. However, leaving college with less debt gives a recent graduate a considerable advantage. Avoiding student loans altogether may not be possible. However, there is a significant difference between graduating with $25,000 in loans and $125,0000. Hopefully, these suggestions will help you or your future college-bound child keep down the cost of college. 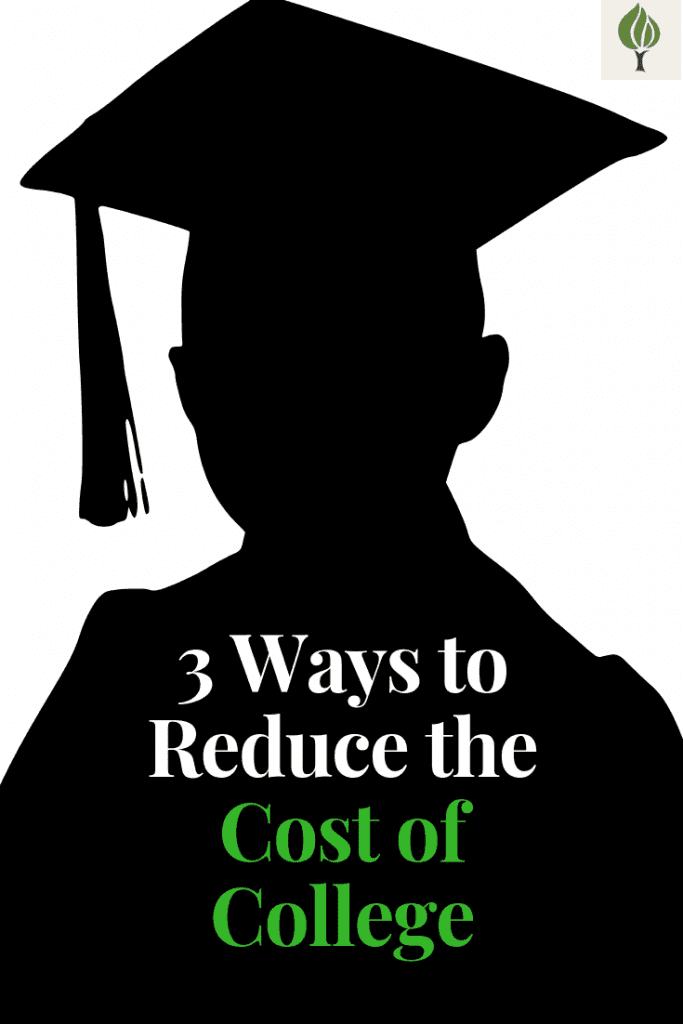