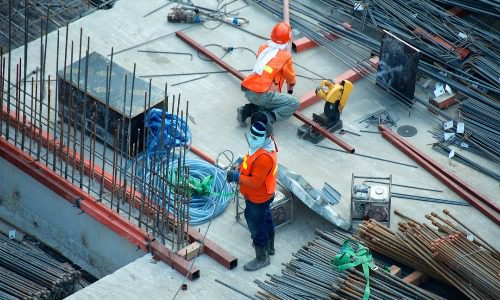 There may be nothing more critical to your financial future than setting a strong financial foundation. However, if you’ve been on social media and ventured into the finance space, you’ve probably seen a few stories about overnight millionaires.

These people may have gotten rich from getting in on a cryptocurrency early or others that boast about how their online business is generating six figures per month. I’m not saying there aren’t true stories of people that have been successful in these spaces. Though I am saying that by the time these trends make it to the mainstream, the money has likely been made. That, or they are trying to sell you a product on the back end by giving the appearance of success.

The reality is very few people become wealthy through a cryptocurrency or penny stock that goes through the roof. Most people that try end up losing money. Anyone touting the success of a business has likely spent thousands of hours building it up. There are very few shortcuts to wealth.

There is nothing wrong with taking some risk to build wealth. We all romanticize the individual that only spent $1,000 to build a six-figure business. Those situations are rare, though. The more likely scenario is that business will fail, and if the person hasn’t already established a strong financial foundation, they will be in big trouble. A financial plan built on risky investments, debt, margin, or any other speculative position stands a could chance to collapse at some point if the economy takes a turn.

The Importance of A Strong Financial Foundation

Building a strong financial foundation may seem like a risk-averse approach. However, I’d like to share why it’s not only the safe thing to do but why it can set you up to take more significant risks down the line.

Let’s start with an example. Think back to the Great Recession of 2008. The era leading up to 2008 felt a lot like it does today, only more so in real estate. Today, we hear of people going all in to try to be crypto millionaires. That approach has worked for some. However, you don’t want to be the one holding the bag once the musical chairs end. Unfortunately, that’s what happened in 2008 in the real estate market.

Homebuyers that shouldn’t have qualified for certain mortgages were duped into buying homes, many with adjustable-rate mortgages. When interest rates were low, and the job market was strong, they could afford the payments. Eventually, interest rates started to tick up, making their mortgage unaffordable.

These issues resulted in millions of people going into foreclosure and eventually crashing the housing market. As a result, the job market was terrible for years. The poor housing market created a downward spiral where eventually, millions of people were kicked out of their homes. Nearly 10 million homeowners lost their homes to foreclosure between 2008 and 2014. In addition, bankruptcies increased by almost 75% after 2009.

After all that, who were the ones standing? Those with a strong financial foundation. Don’t put your family in a situation where a down economy can cause your financial situation to collapse.

Here’s where the second part comes into play. During and after the Great Recession, there was a period where stocks and real estate were at all-time lows. Those with savings and sound investments available were able to purchase these assets at historically low prices. As Warren Buffet has been quoted, “Be fearful when others are greedy and greedy when others are fearful.” Many called it a once-in-a-lifetime opportunity, though this cycle tends to repeat itself every decade or so. It just so happens we’re overdue for a correction.

While times are good, focus more on building your financial foundation so that you can weather the next storm and then capitalize on it on the back end.

The Four Pillars of a Strong Financial Foundation

Below are the four pillars of a strong financial foundation. If you take care of your business in these areas, you’ll be in an excellent position to weather almost any storm.

Maybe this one is obvious, but your financial foundation starts with generating income. The more money you make, the bigger your shovel to help with the other three pillars.

Despite the 9-5 hate on social media, the best way to get a good job is by getting a college degree combined with some job experience. Even better if your degree is in a more technical field such as engineering, information technology, or finance. Though the traditional route is the safest way to make a good income, many others have become wealthy by starting a business, investing in real estate, or even from more recent trends such as becoming an influencer online.

While making a lot of money isn’t necessarily easy, the current internet era means that you can make money anywhere with a laptop and wifi.

This pillar can also be most susceptible to a down economy. Therefore, while it’s essential to increase your income as much as possible, it’s also helpful to diversify your income streams. That way, if you end up losing your job or your business crashes, you still have other options.

Paying down debt provides you with the runway to start saving and investing more significant amounts of money down the line. Unfortunately, we live in a country where more than half of the population lives paycheck to paycheck. Even a more prominent number wouldn’t have the money to pay for a $400 bill without going further into debt. So if you are living paycheck to paycheck, how do you start digging out of debt?

First, you have to commit to improving your financial situation. This starts by writing down your expenses for a month or two to see where your money is going. If you’ve never tracked your expenses or budgeted before, I guarantee that you’ll find money available.

Next, take out a piece of paper and write down all of your debts and the interest rate. Pick a debt you can pay down reasonably fast, even better if the interest rate is higher. Then go all in to pay off that debt. Once the first is paid, you’ll have more money to pay down that second debt. This is a powerful exercise. It may seem like you’re moving in quicksand at first, but once the momentum begins, you’ll move at lightning speed to pay down your remaining debts.

Not having any consumer debt is a superpower in today’s world. While you may pay down some low-interest-rate debt, eliminating that expense will pay off big down the line. Paying off debt builds the muscle to save and invest once the debts are paid off.

Now that you’re making money and have paid down debt, it’s time to put money aside in case of an emergency. Ideally, you’ll want three to six months of living expenses sitting in cash or a safe asset with a low risk of losing money. Having an emergency fund will provide you with a financial safety net if you suddenly lose your job. It can also allow you to pivot from a position you dislike or leave the corporate world to start a business. An emergency fund will provide you with options in both good times and bad.

The final pillar of your financial foundation is retirement savings. When should you start investing in retirement? The sooner, the better. Every dollar you invest in your 20s will have decades to grow before retirement. Before building an emergency fund or paying down debt, should you invest for retirement? That can be a complicated question. It depends on several factors. However, suppose you happen to work for an organization that provides a company match in a 401k or other similar option. In that case, I’d do whatever you can to invest enough to capitalize on your company match.

What if you don’t work for a company that offers a 401k match or similar option? Then you may want to consider a traditional or Roth individual retirement account (IRA). The most important part, when you put money into a 401k or IRA, ensure that it’s also invested. Do some additional research on funds that meet your risk and reward profile. Every dollar you invest in yourself today will pay off big down the line.

What to Do After Your Financial Foundation is Set

Once you set your financial foundation, you’ll be in a position to take additional risks in your life. This could mean taking a small part of your investment portfolio and throwing some money into a speculative stock or crypto-currency. Maybe it means buying real estate. It could also mean not doing much and enjoying the fruits of your labor. No matter what you decide to do, with a strong financial foundation, you can rest assured that you can survive almost any financial or economic storm. The best opportunities come to those that are well prepared. While it may seem like you are missing out on huge gains in other areas right now by paying off debt and building an emergency fund, you’ll be the one left standing if the market tanks again soon. 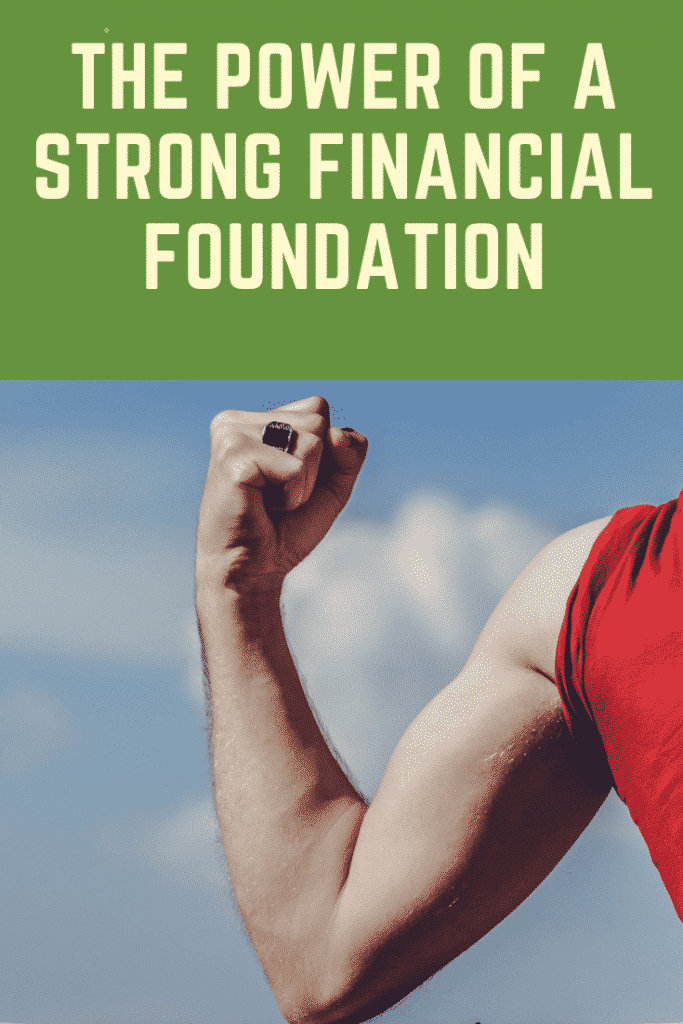