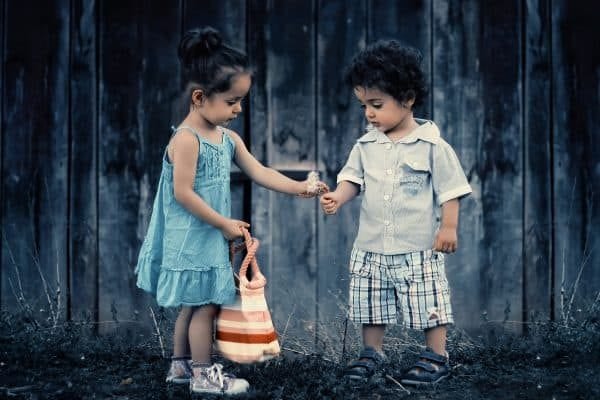 Our oldest son was obsessed with getting a Nintendo Switch a few years back. He started watching videos of some guy playing his Nintendo Switch on his Kindle Fire. All we heard about are games such as Mario Odyssey. This was the first time he’d been passionate about purchasing something, so we used it as an opportunity to teach him about money. Teaching money to a then five-year-old isn’t easy, though this post goes over the strategy we are using to hopefully have money lessons sink in with our young children.

Our children will likely grow up much better off than my wife or me when we were younger. However, with all the positives that come with their situation, there are some negatives, such as a lack of appreciation and entitlement. I want to give my kids a great life, but I don’t want to spoil them. That’s why we’re trying to get an early start teaching financial literacy in our house. The following are a few examples of how we’re teaching our kids about money.

How We’re Teaching our Kids about Spending, Investing, and Giving

Our kids, now eight and four, receive an allowance of $5 per week to complete their chores. Their chores include making their bed, feeding the cats, and cleaning their room. Every day they don’t complete a chore, they are supposed to lose one dollar.

We aren’t as hard-nosed with this approach as it sounds. Many days, we look the other way if their room isn’t perfect. On other days, we ask them to feed the cats, and if they refuse, we take a dollar away. The point isn’t to strictly enforce the process at this point. It’s more to help them connect between doing work and making money.

At the end of the week, they puts $3 in the spending jar, $1 in the investing pot, and $1 in the giving jar. The jars are made of clear plastic to see the money adding up. Having a tangible goal is vital for young children, especially a goal they are excited about. 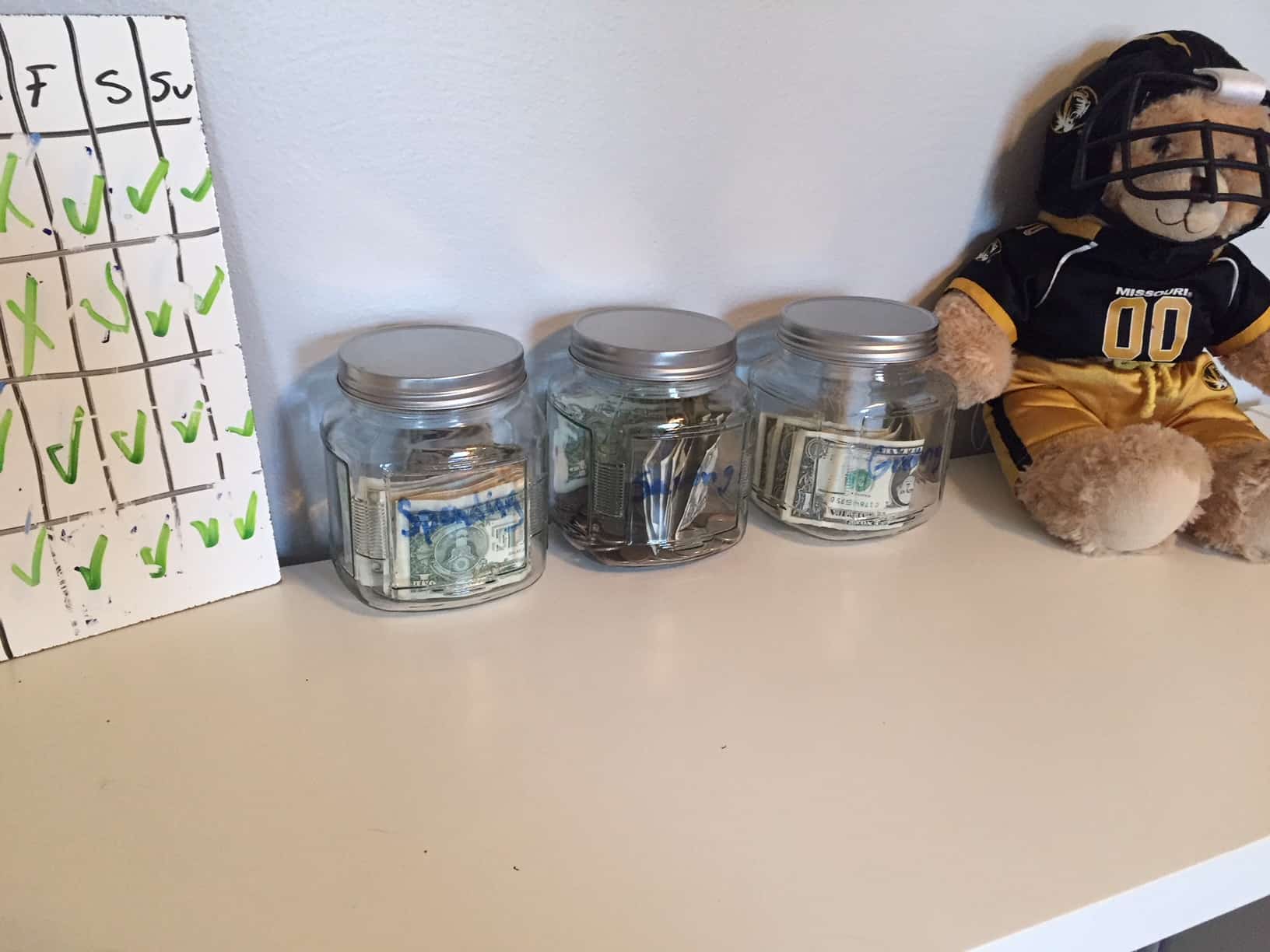 Before our oldest had an expensive Nintendo Switch savings goal, his birthday and Christmas money would add up to a relatively significant sum of money. So every year, we have purchased a share of stock or two.

I don’t think he is ready to grasp the concept of stocks fully. However, I sometimes comment, “you are a part-owner of Under Armor.” Hopefully, these comments will make more sense, allowing him to connect everyday products and the stock market.

Even though he hasn’t shown much interest in the stocks, he will ask to “see the numbers” occasionally. He currently has about $800 in his stock “portfolio.”

We will use his money from the investing jar to purchase additional individual stocks. We may even roll the dice with the small-cap or penny stocks since we’ll likely be throwing less than $50 at new stocks. While I am more of an index fund investor, getting him excited about investing in VTSAX (Vanguard’s total stock market index fund) would be more challenging. As he shows interest in products or services, I will ask him if he’d like to be a part-owner in X company. Again, I don’t expect him to fully make the connection at his age, but hopefully, it makes sense in time.

When our oldest was three years old, we were at our Aunt’s house and had completed an Easter egg hunt earlier in the day. Our son ended up with six or seven quarters he planned to bring home for his jars. But instead, he donated his shiny new quarters to a better cause.

Our Aunt went on mission trips to Uganda every few years and showed him a small piggy bank.

She explained that the money would buy food for hungry children in Uganda. I was so proud as we watched him put his quarters in the piggy bank without being asked. He wanted to give his money so the children had food to eat.

I had recently paid my oldest to help haul some trash out to the dumpster. I explained that he could sometimes make extra money by helping out with side jobs. He’s been excited by this and occasionally asks to help around the house. For example, his younger sister helped him pick up toys the other day. Without saying anything to him, he took a dollar out of his spending jar and gave it to his sister to help him. It was an incredible moment.

I’m unsure if his actions resulted from some of the things we’ve been teaching him. However, it is a positive sign that he’s starting to grasp some of these concepts, even at a young age. We will continue to do our best, so our kids grow to be generous and give back to those less fortunate.

How Are You Teaching Kids about Money?

I’m hoping that we can ensure our children are financially literate when they grow up by being intentional. We still have a long way to go in this parenting thing, and every stage has had challenges. I know it gets more complex once they begin approaching the teenage years. Regardless, all we can do as parents is our best, and we hope to raise money-smart kids who aren’t spoiled little brats! 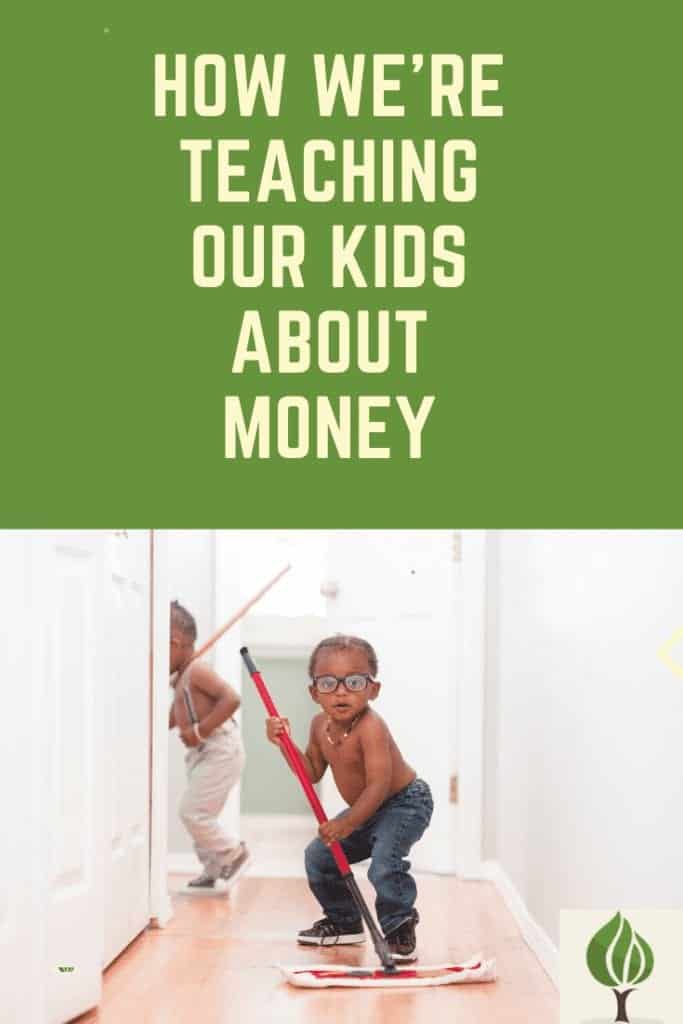