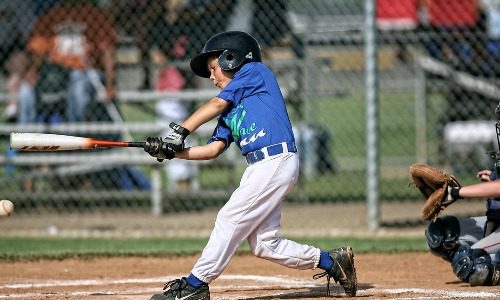 “I’ll never sign my kid up for one of those expensive club baseball teams.”

I said this for years before having kids. But you know what they say, the very best parents with all the answers are the ones that don’t have kids. Unfortunately, this has proven to be true many times over the years.

For those of you that have followed this blog, you know that baseball is one of my other passions. I played in high school and college and even still play today at nearly 40 years old. I may or may not play on three different teams (part-time — kind of).

What I mainly saw in high school and college baseball was a lot of burnout. Players that didn’t want to play baseball anymore were forced into it by their parents. There’s no doubt burnout is real. But, how many people have you known got a job in something they were passionate about only to see that passion burn out?

So, knowing this, why in the world would I still sign my kid up for a club baseball team? Like anything as parents, our views evolve as we go. I believe that’s what defines good parenting. It’s pretty easy to have opinions when you don’t have kids or are young, but as you grow and evolve as a parent, so do your views.

Right now, I believe that paying a lot of money to get my kid on a travel baseball team is the right decision for our family. But maybe I’ll be wrong. Time will tell. Below are additional thoughts on why we’re excited to start this journey with him.

What is Club Baseball?

Youth baseball in the United States has changed so much since I was a kid. Back in the day, you could play competitive recreational league baseball right around the corner from your house. That isn’t the case anymore. Slowly over the years, more club baseball teams have popped up.

The costs for club baseball teams can be much higher than $700. I’ve heard of some teams charging $3,000 to $5,000 for a summer, especially as kids get older and start traveling more. The high fees are often the result of frequent practices during the off-season, which are held indoors. Some programs also have paid coaches or trainers.

The Ugly Side of Club Baseball

The biggest downside to club baseball is that it prices lower-income families out of the game. In addition, if their kid is talented at a young age, they can quickly lose ground on others since they are not getting the same level of training, coaching, and competition. Raw talent can win out in the end, but it’s getting harder to keep up.

The other downside is that many club baseball teams are more of a big business that puts money ahead of doing what’s best for the kids. Some organizations are looking to turn a profit on the backs of parents who think their little angel will be the next major league baseball player.

They sell dreams of college scholarships, pro contracts, and winning a world series when the reality is very few will achieve those goals, no matter how hard they work. This is something we’ve been very cautious about when selecting a team.

Finally, the other big downside of club baseball can be the number of games played during the spring, summer, and fall. There are some 10-year-old teams out there playing 100 games a year. That is completely insane. Kids will either burn out mentally or break down physically playing that amount of baseball when younger.

Thankfully I believe we’ve found a club that will be reasonable on cost, isn’t in it for the money and will play a more balanced schedule. His team plans to play in a league (12-14 games) and then three tournaments.

Why We Signed Him Up For a Club Baseball Team Anyway

I have always felt that sports are one of the best teachers of life skills. Sports teach you to perform under pressure, fail and learn from it, become a better teammate and leader, and teach critical healthy habits. I played baseball in college and felt that I learned more about life on the ballfield than in the classroom.

However, let’s not get ahead of ourselves too much. My son is 7-years-old going on eight, and who knows where life will take him when it comes to sports.

Ultimately, we signed him up for an expensive club baseball team because he loves to play baseball. Simple as that.

Since he was three or four years old, he has wanted to play baseball ALL THE TIME. So when I mentioned the idea of having to practice with a club team twice a week over the winter, his eyes lit up with excitement. As parents, I think it’s important to lean into our kids’ healthy habits. A passion sparked in a game like baseball can carry over into other areas of life.

While I’m not looking forward to spending $700 on a 7-year-old playing baseball, there are a few things I’m excited about. The biggest is how my boy and I use the game of baseball to bond. We’ve spent countless hours in the backyard playing ball or sitting on the couch watching games.

If he chooses to continue playing as he gets older, I look forward to long road trips together as a family to play in tournaments. Hopefully, baseball can help teach him to turn failure into a positive after he strikes out to lose a game in a high-pressure situation.

I believe it’s essential to keep your kids active. Many kids get in trouble during that time after school and before dinner. Many other kids spend that time sitting in front of a screen for hours at a time. I’d argue that getting your kids involved in activities is more important than ever.

Should You Sign Up Your Kid For a Club Baseball Team?

Nobody knows your child better than you do. You know if your kid has a passion for baseball. Only then should you consider signing your child up for a club baseball team. There is nothing worse than forcing your child into an activity that they don’t want to do.

I also realize that not everyone will be financially able to participate on a club baseball team. It would be best to weigh the financial aspect against other expenses while considering your income. Weigh the pros and cons of your decision. The worst-case scenario for us is that he doesn’t like it, and we will find other activities for him next year. Either way, it should be a fun ride! 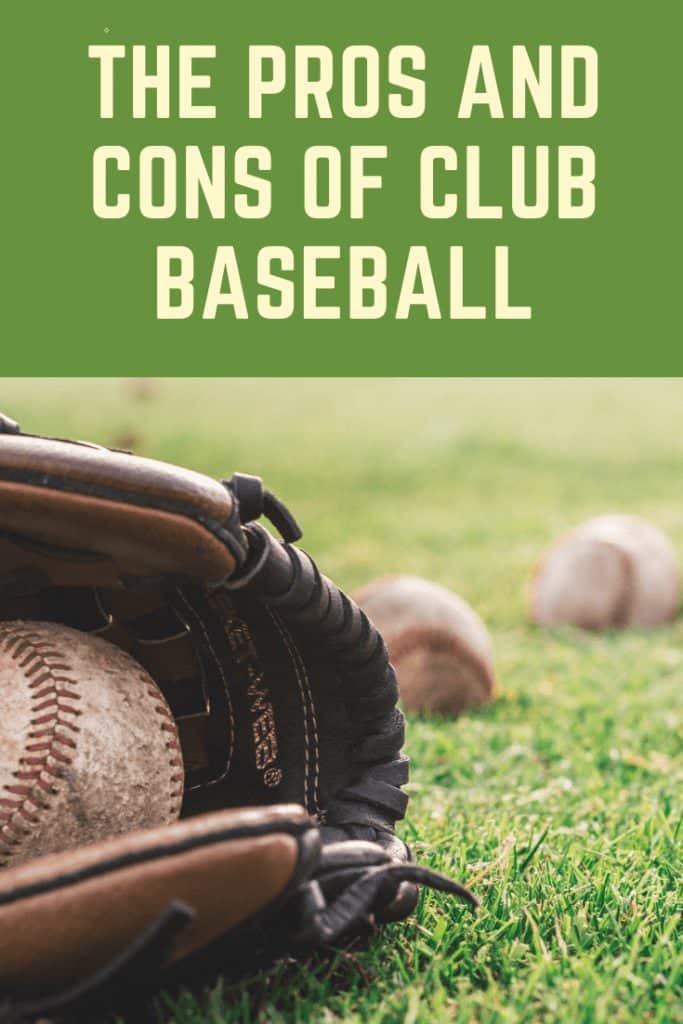