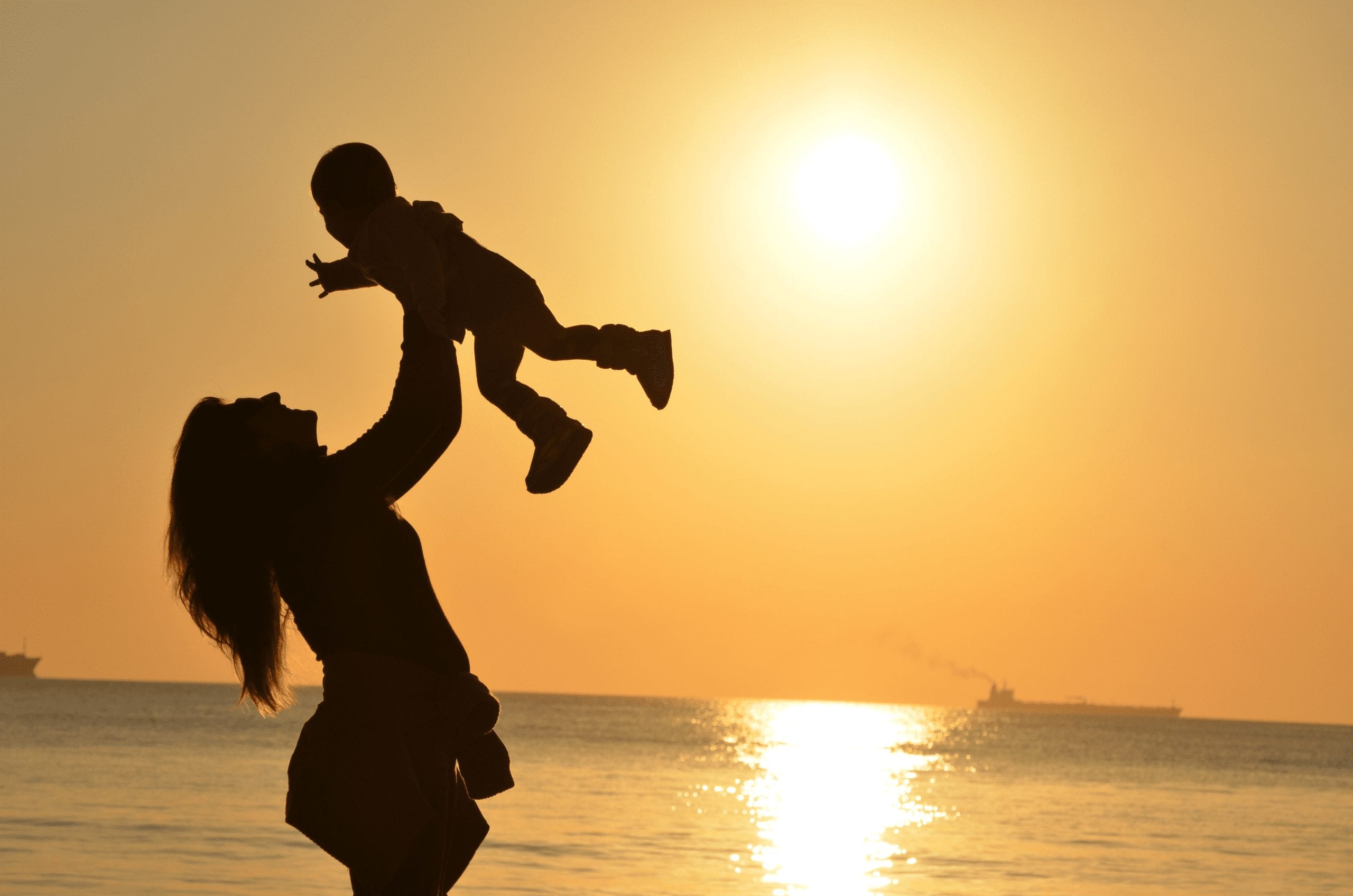 Compound interest may be the most powerful personal finance-related topic out there. By combining time and money, a little bit today can be worth a whole lot more tomorrow. Most of us have heard about compound interest, but for me, when I sit down and run through the numbers, the power of compound interest blows my mind. In this post, we are going to look at a few examples that stress the importance of starting early, even really early. For example, what if these compound interest examples were taken to the extreme and we started investing for retirement at birth? Let’s take a look.

Before we get into the power of investing as a baby, let’s look at a few more realistic compound interest examples. The three individuals below are all in different stages of life.

Who do you think will end up with the most money? It’s pretty obvious that Chris will consider that he has the best of both worlds. But what about Susan and Bill? 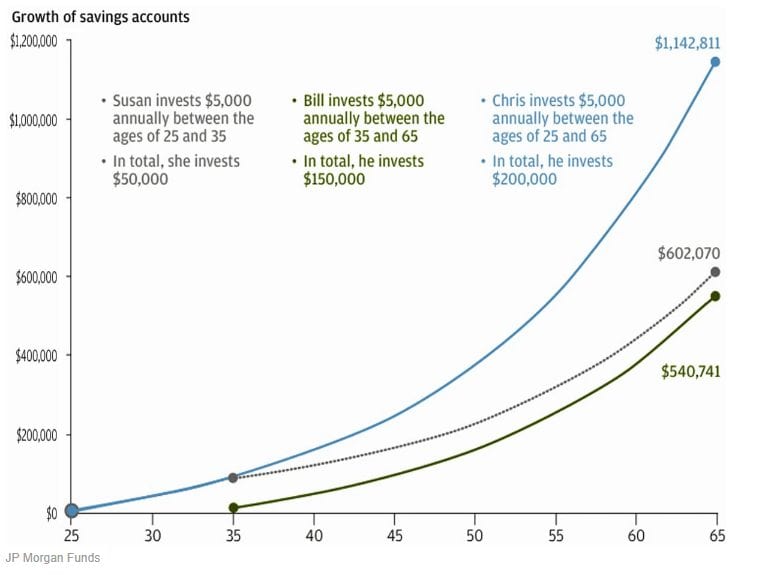 The main takeaway from the chart is Susan ($602,070) ends up with more money than Bill ($540,741) even though she only invests for a period of 10 years while he invests for 30 years. They invest the same amount of money annually yet the difference is Susan starts investing at the age of 25 (and then stops after 10 years) and Bill starts at the age of 35 and invests until retirement. So, Susan’s 10 years of investing beats Bill’s 30 years since she started at 25 and Bill started at 35.

This is an oversimplified example. In a real-life situation, investments would likely change from year-to-year, hopefully increasing over time. The interest rate of 7% would fluctuate annually, especially with a portfolio heavily invested in stocks. However, the point here is to observe the power of compound interest over time.

Think about that for a minute. This really is a huge difference. Bill has to invest for TWENTY more years than Susan with his late start, and he will still end up with less money at retirement.

What if You Started Investing as a Baby?

I have seen dozens of compound interest examples similar to the one associated with the above graph. However, I’ve seen very few that recommend starting to save for retirement even earlier. After additional research, the Google machine returned a few articles focused on starting investing as a baby, though similar content is rare.

Therefore, let’s add someone else into the mix along with Susan, Bill, and Chris. Let’s say Johnny was born in the year 2021.

When Johnny was born, someone in his family made ONE $5,000 lump sum payment into a retirement account. For consistency, assume a growth rate of 7% and a retirement age of 65.

By making ONE payment of $5,000 when Johnny is just a tiny baby, he would have nearly $500,000 at the age of 65. Multiply that initial investment by 2, and you could have a future millionaire. Little Johnny’s money would be worth a multiple of 100 times just by placing it in an account and letting it sit there making an annual return of 7 percent. 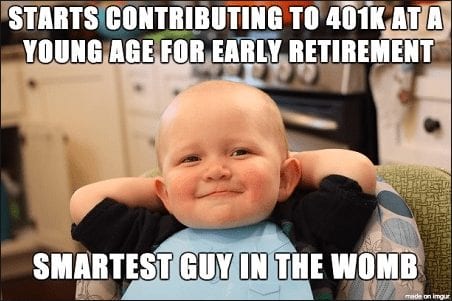 To reiterate, Bill would have to make 30 payments of $5,000 starting at age 35 to have roughly the same amount as baby Johnny’s ONE payment.

So what is the cost to make your baby a future millionaire? The answer is $10,000. Of course, due to inflation a million dollars 65 years from now won’t be nearly as valuable as a million dollars today. However, it’s still an interesting thought exercise to go through.

Why isn’t compound interest discussed more broadly? Especially investing even before entering the workforce. Well, I’m not sure but I can speculate.

To summarize, if you have a few thousand dollars laying around and a child on the way consider throwing that money into a brokerage account and let it grow until your little bundle of joy reaches retirement age. I know that most people don’t have that kind of money available, but that really wasn’t the point of this blog post.

The purpose was to show a few compound interest examples and how important it is to start investing in retirement early, whether that is at age 1 or age 25. If a person takes only one thing away from the personal finance world, it should be an understanding of compound interest. It is so powerful! 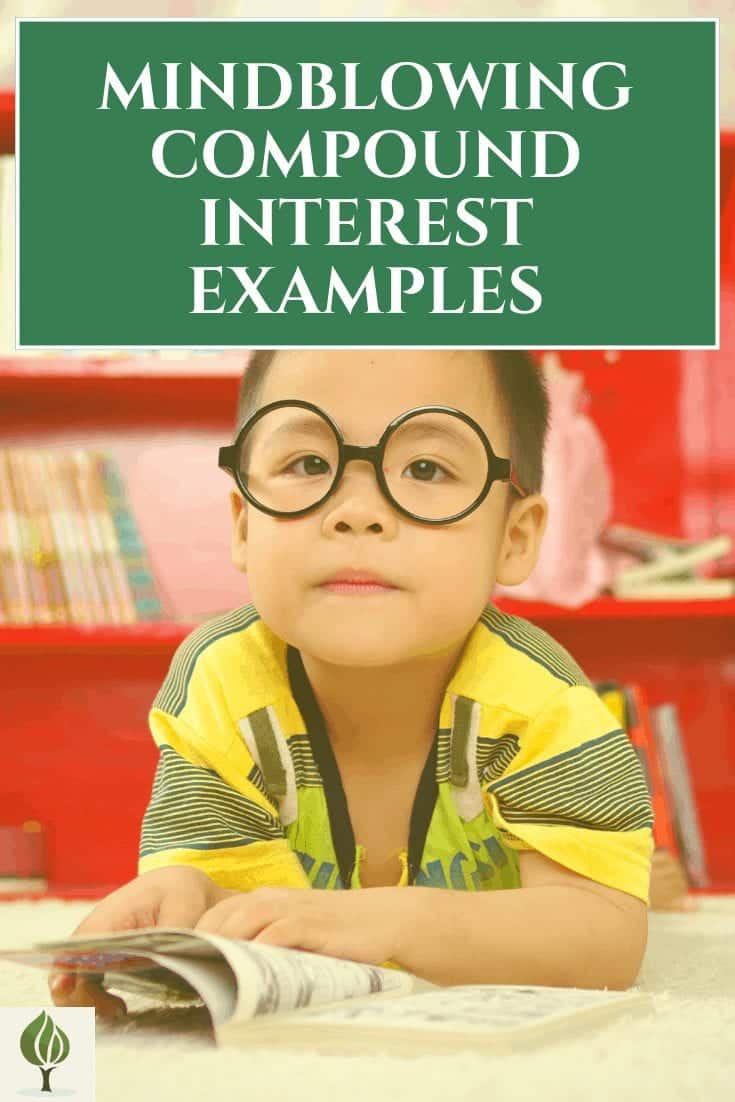