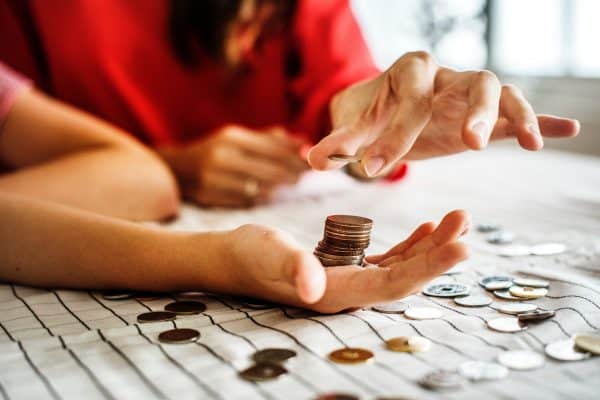 What is your first reaction when you hear the term “middle class”? How do you personally define middle class? These are two questions we’re going to explore in this post. On the surface these seem like relatively simple questions. However, as you dig deeper you’ll find that most people seem to have their own definition. The definition according to dictionary.com is:

middle class (n): a class of people intermediate between the classes of higher and lower social rank or standing; the social, economic, cultural class, having approximately average status, income, education, tastes, and the like.

On October 22nd a new curation site will launch focused on providing relavent personal finance related information to the middle class. A curation site collects content from a variety of different sources and makes it available to its target audience. Money Middletons will provide daily content for the individuals who consider themselves middle class.

I was fortunate to grow up middle class. My mom stayed at home with my two brothers and me until I was 14-years-old. My dad was a general manager at a fast food restaurant. As a family, we didn’t make a lot of money, though I never remember feeling like we were poor. In some ways, that in itself may define what makes someone or a family middle class.

Even though my parents didn’t make much money, we had a great support system from my grandparents. My grandparents on my mother’s side were immigrants who moved to the United States from Austria in the 50s. They were both in their 30s and did not have a dime to their name when they immigrated. Any items they tried to bring over were lost on their trip to the United States, so they had to start their lives from scratch upon arriving. Both worked middle class jobs. My grandfather (Opa) was a carpenter and my grandmother (Oma) was a factory worker.

They were the definition of frugal. They owned one car, used public transportation, grew much of their own food, line dried their clothes, and rarely went out to eat. I know that was a different time, but it’s ironic how the way they lived is now trendy in the personal finance community. More importantly, as a result of being frugal, they were able to save and invest a high percentage of their middle class income.

When my grandmother passed away about 10 years ago, they left behind a legacy for my family.

The only reason I was able to grow up middle class was because of my grandparents. Even 30 years ago it would have been difficult to support a family of five on a fast food manager’s salary. My mom eventually went on to get her bachelors degree and years later her masters. She started working again in her mid-30s which provided a significant financial boost to our family.  However, when we were younger the main reason we were able to live in a nice neighborhood and go to good schools was because of support from my grandparents.

How Do You Define Middle Class?

Median income tends to be the benchmark for defining the middle class. The problem is median income can often vary given vast demographic and geographical differences. For example, there are significant differences between the median income in San Francisco compared to a small rural town in Missouri. Even though this is an extreme example, in general median income is widely inconsistent in rural and urban areas.

Here’s one benchmark that can be used to define the middle class. What are the middle class jobs in a certain area? Examples include police officers, firefighters, nurses, teachers, plumbers, mechanics, project managers, and accountants. These are jobs that are usually available in large cities or small rural towns to individuals with the necessary education or training.

For example, what is your initial reaction if you learn that a young family of two makes a combined income of $160,000? Many would immediately say that family is not middle class because of having an income well into the six figures that is more than triple the national median income.

What if you learned that this family lived in a large city with a relatively high cost of living and their occupations were firefighter and nurse? That changes the narrative because most people would agree that a firefighter and nurse are middle class jobs. On the flip side, you may have a single father who is a teacher in a small town and makes an income of $30,000 per year. For that area, that job and salary may be part of the middle class.

There are a number of variables involved that make defining the middle class complicated. The available jobs in a city or town can help define the middle class for that area. Going back to the example of my family growing up, from an income perspective we were low-to-moderate income, though the support from my grandparents helped us live a middle class life.

Connecting with the Middle Class

One challenge in the personal finance community is connecting with individuals in the middle class. This is especially true for those in the financial independence community. The thought of becoming financially independent can seem completely overwhelming and out of touch for middle income earners.

Financial information on the internet is much like nutrition or fitness. There is a lot of conflicting and overly complicated information about personal finance, nutrition, and fitness. While some personal finance topics are complicated, the first principles are simple. Live below your means, save more than you spend, minimize debt, and buy assets. Regardless of your income level, making small changes such as tracking your spending or automating your monthly payments can help get a middle class family on the right financial path.

Check out the Money Middletons

I’m really excited for the launch of the Money Middletons as I believe it will help bridge the gap between the personal finance community and the middle class. The Money Middletons will provide relevant content to middle class families and individuals demonstrating that you don’t have to be a doctor, lawyer, engineer, or in tech to get your financial life in order.

The vast majority of Americans have little to no retirement savings and can’t afford a $500 emergency without using credit. I know that some people have legitimate barriers to saving, investing, or paying down debt. However, there are also millions of middle class individuals and families who can improve their financial situation. Having a place to find simple and relatable content that connects to the middle class community can make a huge impact on individuals, families, and the economy as a whole. This is why you should check out what the Money Middletons has to offer.

Continue Reading about What I Learned from Collecting Baseball Cards →

Aldi has become the unofficial grocery store of choice for the financial independence movement. They …